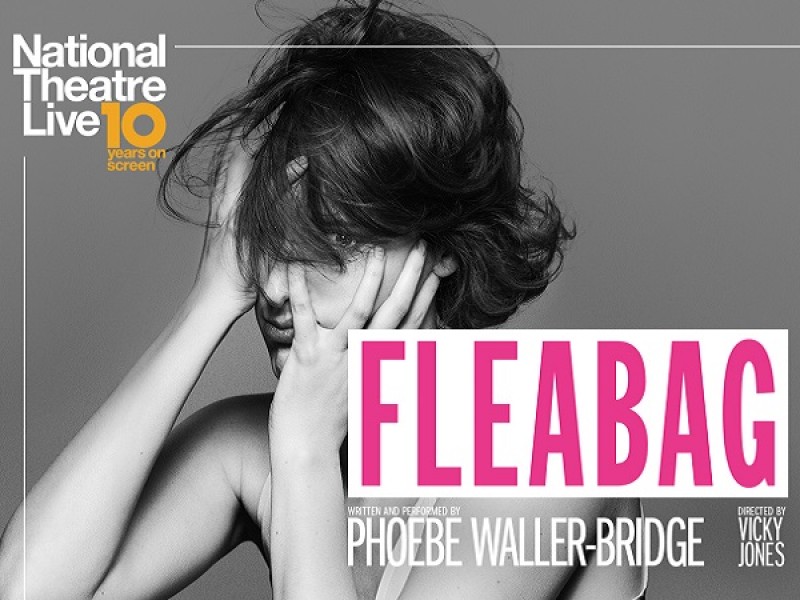 This film is a socially distanced film. For more information on what that means and the changes to your experience, click here.
Our capacity is significantly reduced for your safety. This means you can only purchase set numbers of seats in the groups as they appear on our seating plan.

In line with government guidelines, the wearing of face masks whilst in the cinema is mandatory from 8th August 2020.
By purchasing a ticket you understand you must wear a face mask whilst in the building and during the film/performance.

Tickets: all £7.50
Suitable for: ages 15+
Duration: 86 mins, no interval
Other: This is an encore screening, recorded live.

Written and performed by Phoebe Waller-Bridge
Directed by Vicky Jones

Written and performed by Phoebe Waller-Bridge (Fleabag, Killing Eve) and directed by Vicky Jones, Fleabag is a rip-roaring look at some sort of woman living her sort of life.

Fleabag may seem oversexed, emotionally unfiltered and self-obsessed, but that's just the tip of the iceberg. With family and friendships under strain and a guinea pig café struggling to keep afloat, Fleabag suddenly finds herself with nothing to lose.

Playing to sold-out audiences in New York and London, don’t miss your chance to see this ‘legitimately hilarious show’ (New Yorker), broadcast live to a cinema near you.